After Jerry’s agent has a dispute with an airplane pilot after a comedy show, Jerry is removed from the flight. Can an airline remove a passenger for simply being annoying to the pilot? 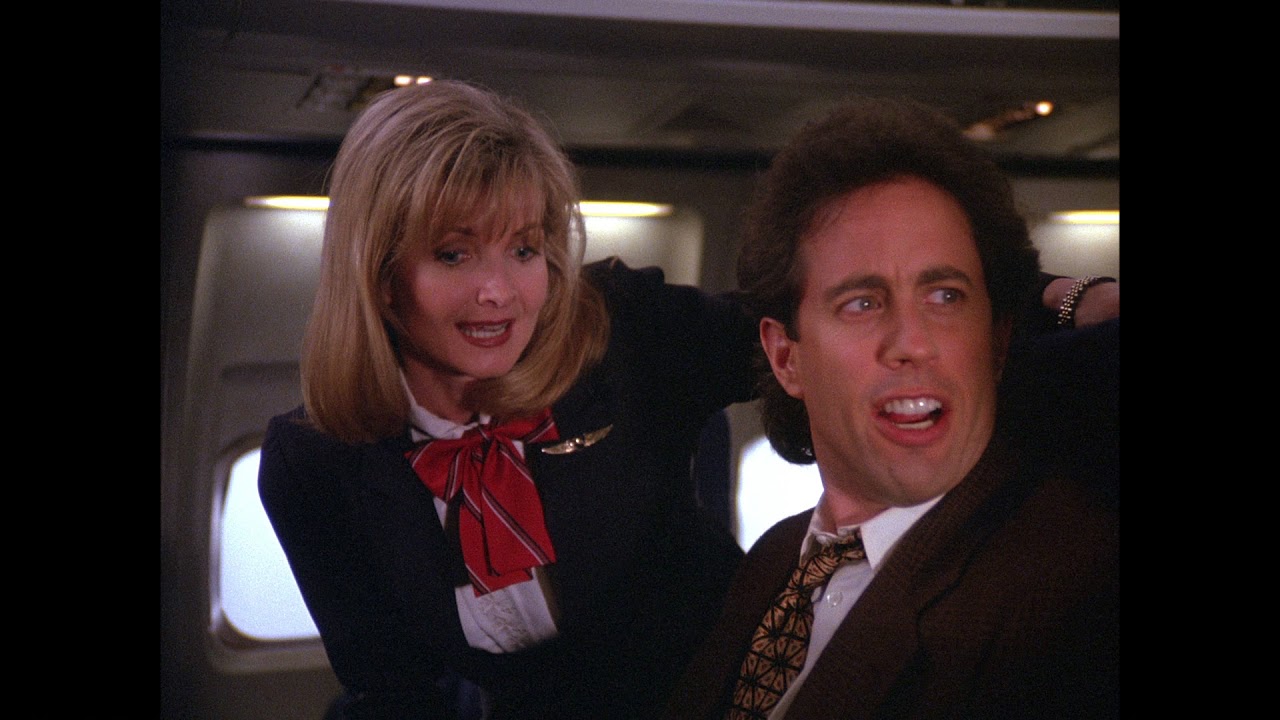 When a person purchases a plane ticket, the passenger and airline enter into an agreement called the “contract of carriage.” In the contract, the passenger agrees to pay the cost of the ticket and follow certain basic rules and, in return, the airline agrees to transport the passenger to the destination.

Jerry was flying United Airlines and although we don’t know the exact terms of his agreement for his ticket, it is safe to assume they were similar when the episode aired in 1995 to what they are now.

These are the two most relevant rules for when United Airlines claims it can remove a passenger for safety.

In addition to these two rules, an additional federal regulation allows an airline to remove passengers if they “assault, threaten, intimidate, or interfere with a crewmember in the performance of the crewmember’s duties aboard an aircraft being operated.”

Let’s break down the incident on the plane.

FA: I’m sorry, but the pilot has asked that you leave this plane.

FA: Apparently, he has some sort of problem with you.

Katie: I’m not surprised. I really let him have it, Jerry. He has no business being in your audience if you didn’t want him there.

FA: Well, now the pilot doesn’t want you on his plane.

Jerry: He can’t just throw me off the plane!

FA: Yes he can, if he has cause to believe a passenger will be a disturbance.

Jerry: But I’m not a disturbance!

FA: Well, apparently you are disturbing him, sir.

Jerry: But someone is waiting for me!

Katie: Jerry, I don’t want you to freak out.

It seems pretty clear that Jerry’s conduct does not violate the first United Airline’s rule. He has done absolutely nothing besides sit on the plane, and only became slightly disorderly once the flight attendant tries to remove him from the flight.

But it is possible that his actions could fall under the second rule. Jerry is not actively interfering “with the duties of the members of the flight crew” but his mere presence may be enough to qualify nonetheless. A family was removed from a flight after they revealed their son had a peanut allergy and were concerned about peanuts being served in their vicinity. The pilot thought it was safer to have the entire family removed.

In general, it is pretty easy for an airline to remove someone from a flight even if they may have to pay compensation later.

If the airplane was correct, and Jerry was interfering with the pilot, then our favorite bachelor comedian is basically out of luck. Based on the United Airlines contract rules, Jerry can seek a refund but will otherwise receive no additional compensation.

But if the airplane was incorrect, then Jerry could be in for a huge financial windfall. In addition to the airline finding him a new flight, Jerry is also entitled to:

That can be quite the haul, especially for someone who enjoys sipping champagne while flying first class.

Zack is an attorney licensed in the state of New York. He blogs for fund and educational purposes only at seinfeldlaw.com View all posts by Zachary Schrieber

2 thoughts on ““The Diplomat’s Club” – Removed From a Plane”